What is happening with F4-India?

The trajectory of F4-India over the last 2 years has been unique when compared to other ‘preference’ classification.

The first notable difference is with F4-All Countries. Back in October 2018, the U.S. State Department realized that the ‘response rate’ to the ‘Welcome Letters’ of the National Visa Center (NVC) to Worldwide F4 applicants was very low. This lead to a rapid advancement of the F4-All Countries, followed by a massive retrogression in February 2020.

But this did not happen to F4-India, probably because the applicants chargeable to India did in fact reply to the Welcome Letters sent to them.

The other notable difference, this time between F4-All Countries & F4-India and all the other family preferences (especially F1, F2B, and F3) is that the Final Action Date was not advanced at a rapid pace during the Covid-19 pandemic, when Interviews were simply not taking place.

In other words, although the advancement of F4-India has been disappointing, there has been no recent crazy move by the Visa Office that would make a retrogression highly likely in the future. To illustrate this let’s compare the advancement of the ‘Final Action Date’ of the Visa Bulletin from October 2020 to September 2021 ( in RED) with the average of the decade prior (2010 – 2019, in GREEN), and the 2000’s (2000 – 2009):

As you can see:

Predictions for F4 All Countries, Mexico and the Philippines.

The key of our short-term prediction is that there will be no ‘forward movement’ forF4 for 🇮🇳India until at least the summer of 2022, and most likely no movement until the end of fiscal year 2022 in September 2022. Beyond the detailed analysis that we shared, this has been stated numerous times by Charlie Oppenheim, who is the head of the ‘Visa Office’ that makes the decision about the Visa Bulletin (you can listen to him talking about the family preferences in November 2021 at  on this Youtube video).

Our latest predictions for the Final Action Dates of F4 for 🇮🇳India.
Brothers and sisters (siblings) of U.S. Citizens.

Don’t see your Priority Date? Want to know when your Interview will take place? Get more details with Immigration Planner.

Let’s note that before the pandemic, ‘time to current’ was not heading in the right direction:

The Green Card Interview can be scheduled when the applicant’s Priority Date is ‘current’ (when compared to the ‘Final Action Date’ of the Visa Bulletin), and the applicant’s case has been declared ‘complete’, or Documentarily Qualified’ (‘DQ’) by the National Visa Center (NVC).
The problem is that Covid-19 has created a backlog of cases waiting for an interview to be scheduled, and F4-Interview are not always close to pre-pandemic levels.
Let’s start with an analysis of Mumbai, where the overall issuance is back to pre-pandemic levels:

So when we are comparing Interviews and Issuances of Green Cards in Mumbai now with 'pre-pandemic' (average number of Green Card issued during Fiscal Year 2019 (from Oct 2018 to Sep 2019), the last full Fiscal Year before the pandemic), we can see that there has been a real 'catch-up' that happened for F4 (more than 60% of the way back).

The situation in New Delhi is more concerning and we are nowhere near pre-pandemic levels:

There is essentially no issuance of 'preference' Green Cards in New Delhi, so this goes beyond being an F4 problem:

It looks like only 'immediate relatives' Green Cards are being issued in New Delhi (they are at 90% of pre-pandemic levels):

For real time information about the consulates are doing in India, and discussions with fellow applicants waiting for their interview in India, please consider joining Immigration Planner 's Facebook group here

Stay informed and prepared. Are you waiting for you Interview letter? Should you have received it already? See your timeline and date predictions to ensure your process is mistake free and without delays. 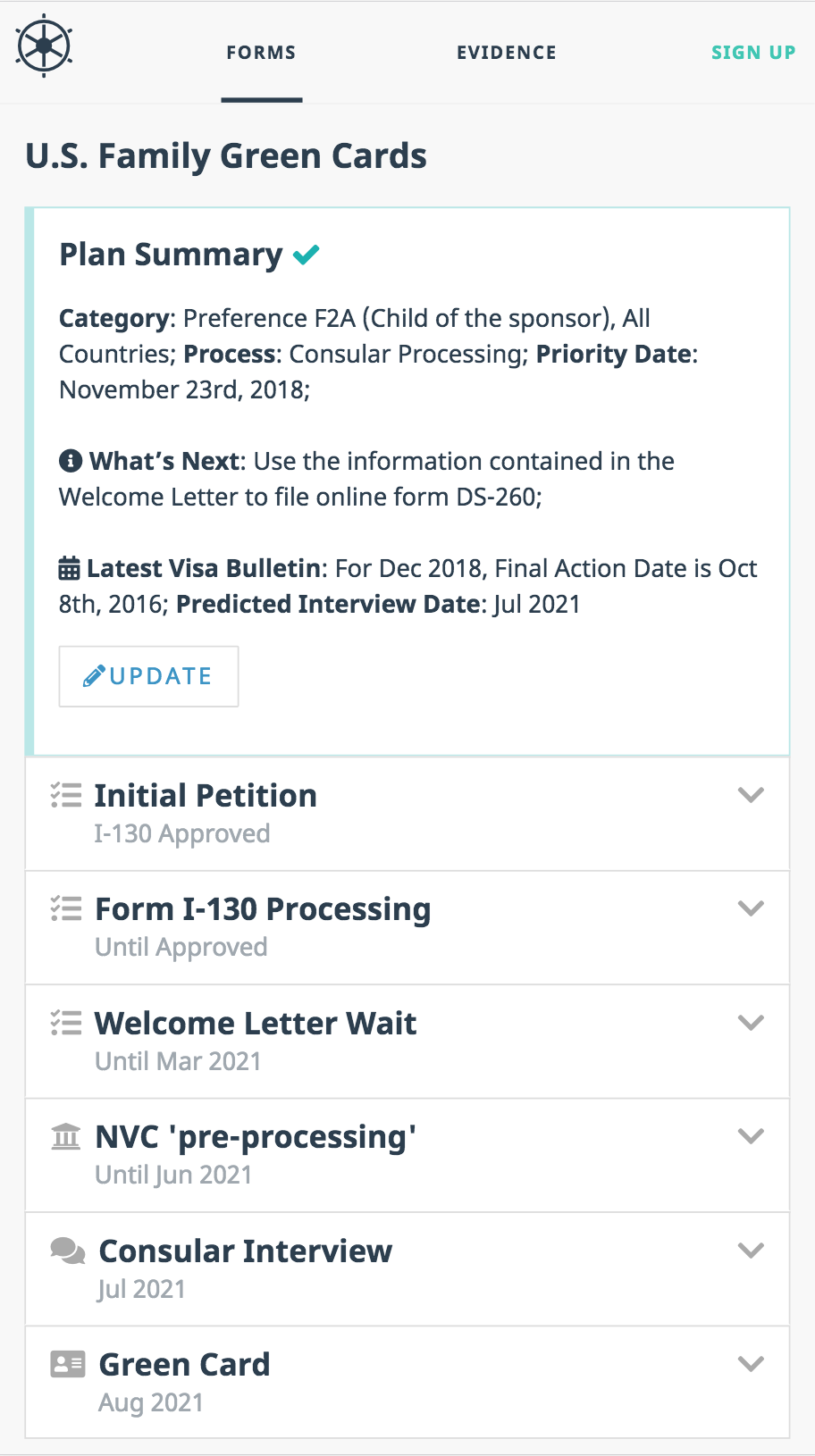