What is the difference between adjustment of status and consular processing?

What is an adjustment of status?

It indicates that the applicant is filing from within the United States, adjusting from a prior visa status to the one of green card holder.

What is consular processing?

It indicates that the decision on the family-based green card application will be made by a consular officer at an embassy or consulate outside the United States.

Where does the applicant live then?

Is one more favorable than the other?

Yes, generally the adjustment of status is favored by applicants, because it means that they can wait for their green cards while being the United States.  Plus the applicant tends to receive a work authorization faster.  However, when the applicant is not an immediate relative (parent, spouse, or child of a U.S. citizen), maintaining legal status status in the United States while waiting to file the request to adjust status might be challenging.

When is consular processing at its most advantageous?  Two scenarios.

Who are the players involved?

There are exceptions to the following (different filing sequences), but this apply to most applicants: 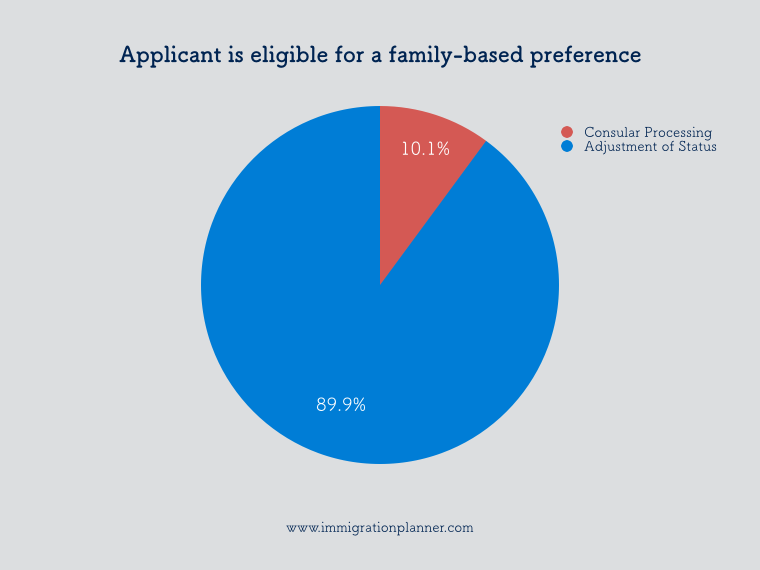